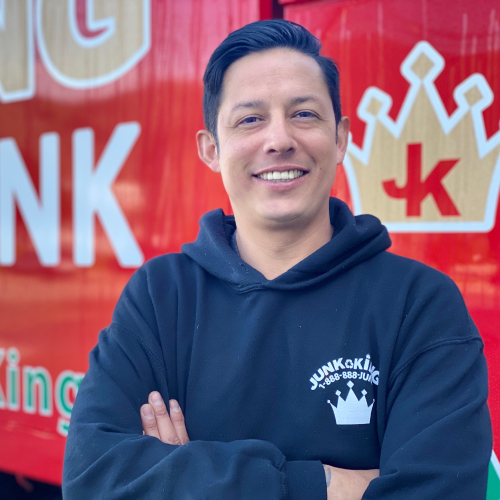 As Director of Operations, Julian’s main responsibilities include helping franchisees structure their businesses to be successful and help them see how they can use the franchise system to their benefit. A typical day for Julian includes a lot of phone calls and providing support to franchisees with day-to-day operations and helping them reach their individual goals.

Julian started as a driver for Junk Works back in 2006. Within two years, he became a lead driver and manager. Another two years later, when Junk Works began franchising, he worked his way up to supporting franchisees in running an efficient operation. He really is a prime example of a Junk Works success story.

The thing Julian gets the most satisfaction out of in his role is watching franchisees become successful. He’s proud of his longevity in the company, as well as the contribution he’s made to building the actual trucks and implementing systems for franchisees.

Currently, Julian lives in the Bay Area with his wife and children.

Whether you’re a business owner looking to expand your portfolio, or someone who has never owned a business before, a Junk Works franchise can be the best path to your future. So, If you are interested, take the next step by simply filling out and submitting the form to the right. When you do, you’ll receive an email from us shortly thereafter. And if you have any questions in the meantime, please email franchising@junk-works.com We can’t wait to hear from you!
Call 1-888-887-JUNK Get Started